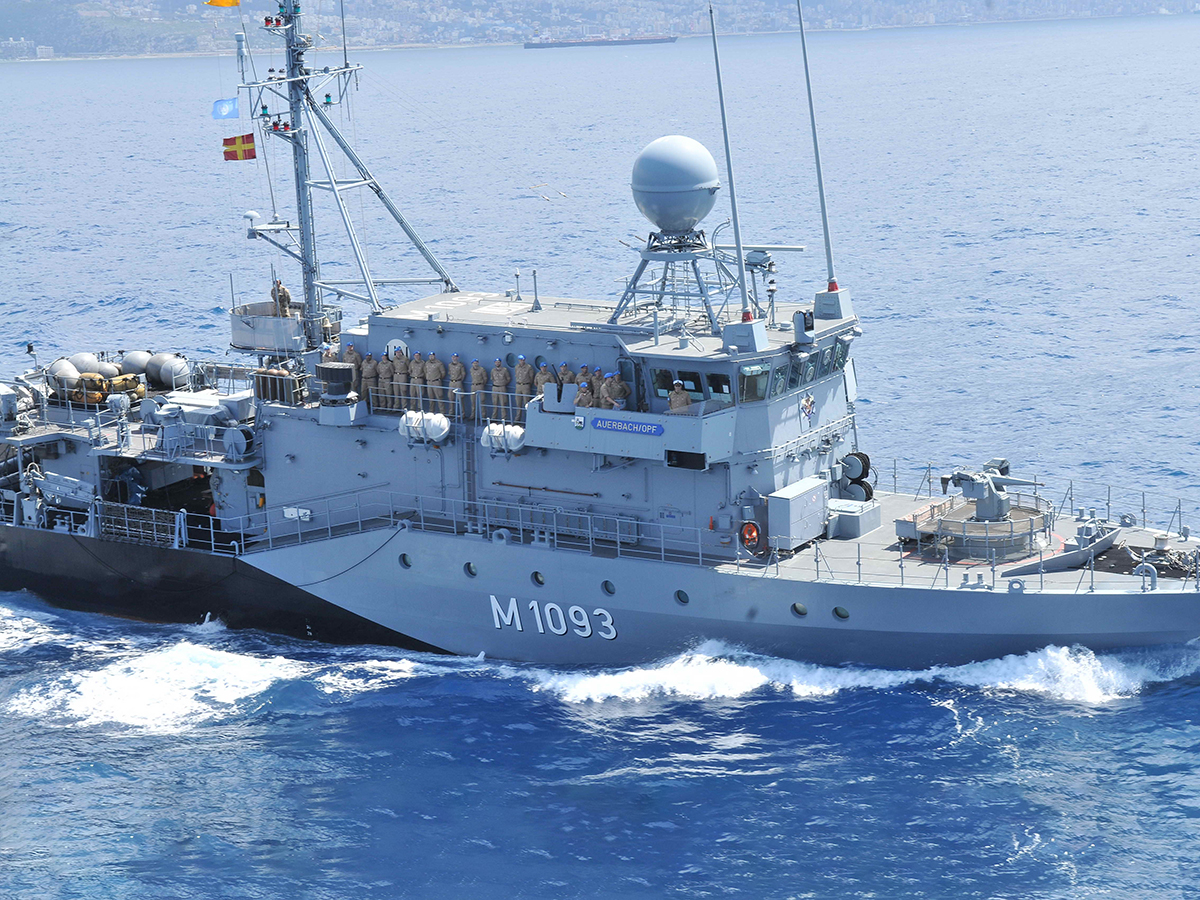 By UN - LEBANON
UNIFIL MARITIME TASK FORCE
The UNIFIL Maritime Task Force (MTF), deployed since October 2006, supports the Lebanese Navy in monitoring its territorial waters, securing the Lebanese coastline and preventing the unauthorized entry of arms or related materiel by sea into Lebanon. Another important aspect of MTF’s mission is to help build Lebanon’s Naval capabilities to effectively patrol the 110 nautical miles Lebanese coast, until the country's Naval and Security Forces are fully able to fulfill the maritime security tasks on their own.

* air surveillance over maritime and land territories in support of the Lebanese authorities; and

* search and rescue operations in close coordination with Lebanese Navy.

The Maritime Task Force was deployed at the request of the Government of Lebanon within the mandate of the United Nations Security Council resolution 1701 (2006).
This is the first Naval Task Force ever to take part in a United Nations peacekeeping mission. The deployment of MTF after the conflict of July-August 2006 was a landmark move that prompted Israel to lift its naval blockade of Lebanon.
Following the conflict, an Interim Maritime Task Force was deployed until 15 October 2006, when the UNIFIL Maritime Task Force led by Germany took over. On 29 February 2008, Germany handed over the command of the UNIFIL Maritime Task Force to the European Maritime Force (EUROMARFOR) led by Italy.
Under this arrangement it was for the first time that EUROMARFOR - a Maritime Multinational Force formed in 1995 by France, Italy, Portugal and Spain to carry out naval, air and amphibious operations - operated under a United Nations mandate. The EUROMARFOR held command of UNIFIL MTF for one year, first under Italy's lead (29 February - 31 August 2008) and then under France (1 September 2008 - 28 February 2009).
On 1 March 2009, France/EUROMARFOR handed over the command of MTF to Belgium. On 30 May, Belgium handed over the command of MTF to Italy. Italy transferred the MTF authority to Germany on 31 August, and Italy assumed command again on 1 December 2009. On 24 February 2011, Brazil assumed the command of MTF and has held it since then. Brazil has also provided the MTF flagships since November 2011.
A total of 15 countries have contributed to the MTF: Bangladesh, Belgium, Brazil, Bulgaria, Denmark, France, Germany, Greece, Indonesia, Italy, the Netherlands, Norway, Spain, Sweden and Turkey. UNIFIL-MTF currently comprises naval units from Bangladesh (1 ship), Brazil (1 ship - Flagship and 1 helicopter - Super Linx AH-11A), Germany (1 ship), Greece (1 ship), Indonesia (1 ship and 1 helicopter - Dauphin AS 365) and Turkey (1 ship).
Since the start of its operations on 15 October 2006, MTF has hailed 97,377 ships and referred 14,381 of those vessels to the Lebanese authorities for further inspections, at sea or land.
Only this year, the MTF reached the mark of 785 training and exercises with the Lebanese Navy, a very significant number and with the effective participation of LAF Navy. With great commitment and creativity, the Maritime Task Force seeks to maintain a variety of exercises and customize several new others, in close coordination with the needs of LAF-Navy, in order to contribute to the improvement of the Lebanese sailors to be able to assume maritime security duties.