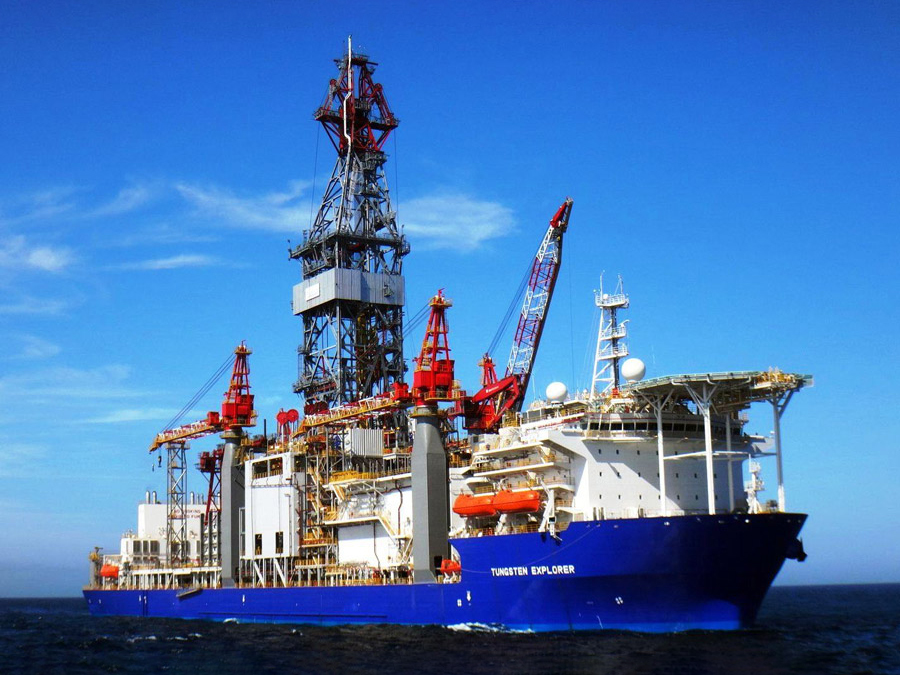 By Lebanon Gas News
The Lebanese Minister of Energy Mrs. Nada Boustani has announced its approval for a short-term exploration contract for deepwater drilling services in Block 4, offshore Lebanon. The block operator is the oil major Total.
Drilling to be performed by Tungesten Explorer already present in the Eastern Mediterranean basin, which is owned and operated by Vantage Drilling International. The company is managed from Houston, USA and has its operation offices in UAE. Vantage, a Cayman Islands exempted company, is an offshore drilling contractor, with a fleet of three ultra-deepwater drillships and five premium jackup drilling rigs. Vantage’s primary business is to contract drilling units, related equipment and work crews primarily on a dayrate basis to drill oil and natural gas wells globally for major, national and independent oil and natural gas companies.
The estimated 60-day contract calls for one firm deep water well reaching 4600 meters in depth includes an extension option to an additional well.
The drillship is already present in the East Med, drilling in offshore Egypt for Dana Gas.
The Bahamas-flagged Tungsten Explorer was built in 2013 with a total length of 235 meters and can accommodate up to 200 people. The drillship can drill wells at depths up to 12,000 meters, according to information from the company website.
Tungsten Explorer had previous to that finished a five-year drilling campaign for Total in Congo.